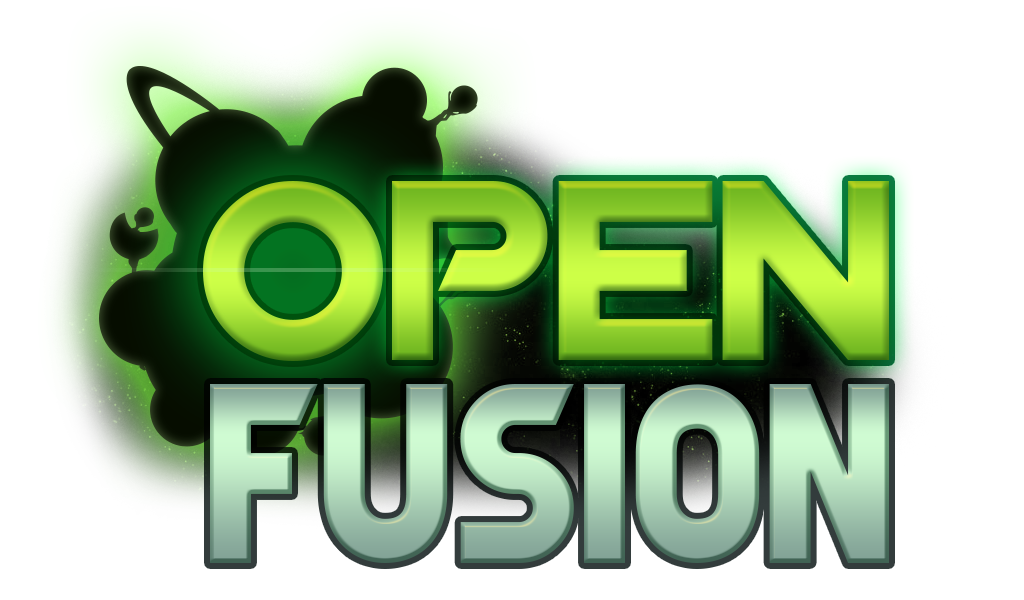 OpenFusion is a reverse-engineered server for FusionFall. It primarily targets versions beta-20100104 and beta-20111013 of the original game, with limited support for others.

Instructions for getting the client to run on Linux through Wine can be found here.

If you want to run the latest development builds of the server, compiled binaries (artifacts) for each functional commit can be found here.

For a more detailed overview of the game's architecture and how to configure it, read the following sections.

FusionFall consists of the following components:

The original game made use of the player's actual web browser to launch the game, but since then the NPAPI plugin interface the game relied on has been deprecated and is no longer available in most modern browsers. Both Retro and OpenFusion get around this issue by distributing an older version of Electron, a software package that is essentially a specialized web browser.

The browser/Electron client opens a web page with an <embed> tag of MIME type application/vnd.unity, where the src param is the address of the game's .unity3d entrypoint.

This triggers the browser to load an NPAPI plugin that handles this MIME type, the Unity Web Player, which the browser looks for in C:\Users\%USERNAME%\AppData\LocalLow\Unity\WebPlayer. The Web Player was previously copied there by installUnity.bat.

Note that the version of the web player distributed with OpenFusion expects a standard UnityWeb magic number for all assets, instead of Retro's modified streamed magic number. This will potentially become relevant later, as people start experimenting and mixing and matching versions.

The web player will execute the game code, which will request the following files from the server: /assetInfo.php and /loginInfo.php.

/assetInfo.php contains the address from which to fetch the rest of the game's assets (the "dongresources"). Normally those would be hosted on the same web server as the gateway, but the OpenFusion distribution (in it's default configuration) doesn't use a web server at all! It loads the web pages locally using the file:// schema, and fetches the game's assets from Turner's CDN (which is still hosting them to this day!).

/loginInfo.php contains the IP:port pair of the FusionFall login server, which the client will connect to. This login server drives the client while it's in the Character Selection menu, as well as Character Creation and the Tutorial.

When the player clicks "ENTER THE GAME" (or completes the tutorial), the login server sends it the address of the shard server, which the client will then connect to and remain connected to during gameplay.

You can change the ports the FusionFall server listens on in config.ini. Make sure the login server port is in sync with what you enter into the client's server list - the shard port needs no such synchronization.

This config file also has several other options you can tweak, including log verbosity, database saving interval, default account/permission level, and more. See the comments within the config file itself for more details.

If you want to play with friends, simply enter the login server details into the Add Server dialogue in OpenFusionClient. This just works if you're all under the same LAN, but if you want to play over the internet you'll need to open a port, use a service like Hamachi or nGrok, or host the server on a VPS (just like any other gameserver).

OpenFusion has one external dependency: SQLite. You can install it on Windows using vcpkg, and on Unix/Linux using your distribution's package manager. For a more indepth guide on how to set up vcpkg, read this guide on the wiki.

A detailed compilation guide is available for Windows users in the wiki using MinGW-w64 and MSYS2. Otherwise, to compile it for the current platform you're on, just run make with the correct build tools installed (currently make and clang).

A detailed guide is available on the wiki for people using regular old CMake or the version of CMake that comes with Visual Studio. tl;dr: cmake -B build

If you'd like to contribute to this project, please read CONTRIBUTING.md.

The goal of the project is to faithfully recreate the game as it was at the time of the targeted build. The server is not yet complete, however, and some functionality is still missing.

Because the server is still in development, ordinary players are allowed access to a few admin commands: 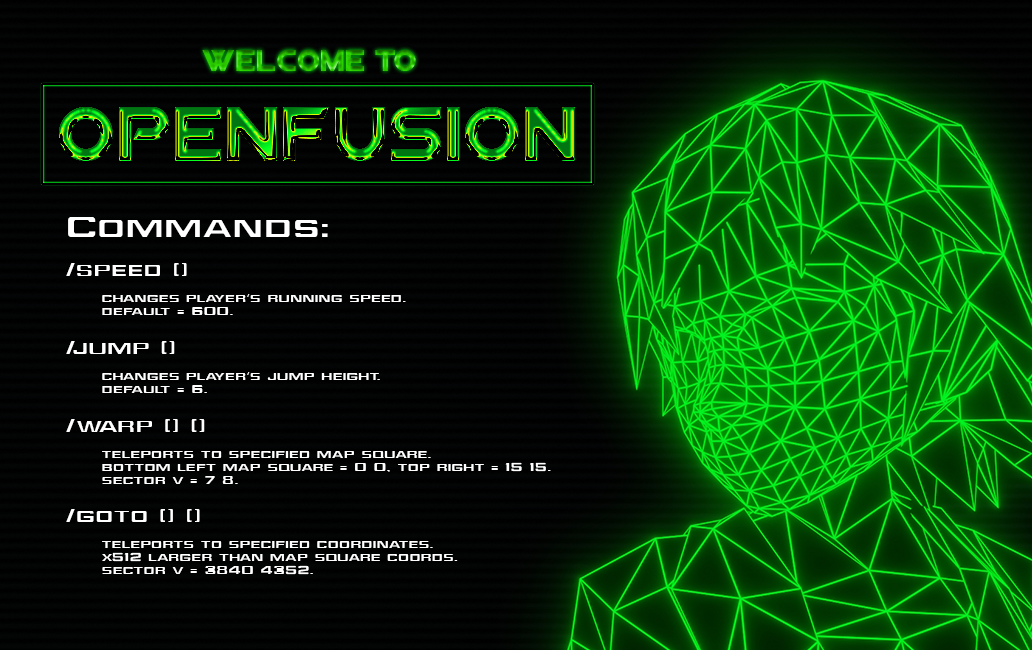 A full list of commands can be found here.